By David A. Wheatley
For most of 2021 a major astrological relationship between planets was the square in the heavens between Uranus and Saturn. It's a prolonged period of stress for this year and into 2022 between these two myth-worthy dynamics in the human psyche.
These two contrary planets work in contrasting ways and reach a zenith in their current tensions at the end of this calendar year and by retrograde motion virtually repeat this relationship through into October of 2022, suggesting that what is brought into our mundane lives will be on the menu for most of next year.
While the clues revealing many of the issues this powerful duo make in our lives in this tense relationship have been seen throughout 2021, the full impact in our world and our lives will not be fully emerged until the weeks and months ahead of us now.
Saturn is in Aquarius and Uranus is in Taurus. These two astrological signs contribute to how the energies of tension manifest. A greater dimension of understanding comes from knowing in which of the 12 houses this square or 90 degree relationship resides in our individual charts.  (More about house divisions here: https://www.bridges.academy/astrologicalhouses.html)
Saturn is order, restriction and definition, Uranus is freedom from form, breaking out of established patterns. The planets beyond Jupiter are behind a veil that we are seldom conscious of until they manifest and even then, sometimes not until years later can we clearly see their influences. But we still have to manage the consequences in real time. On some level of consciousness at some point in time we participated in the manufacture or need for experiences that stressful aspects like this bring. They are not evil deeds being done to us; they are the result of our history. How we manage this process is part of life. The impacts that cause concern are not happening to us, seeming to feel like an external agent assaulting our lives. They are happening because of us, personally and collectively. ​

Another seldom thought of dimension about these two mythic planetary titans is the parent-child process of soul growth that parents experience as their children break away and redefine themselves. In myth, Saturn as the sibling of sky god Uranus, rebelled from the preexisting reality of parent Uranus and established a new order, a Saturn or Kronos version of order. Uranus’ version of reality was formlessness, the open sky. Saturn rebelled from the mantle of its parent in myth, and brought form and dimension, organized energy with definition and borders. This is a tale told in myth but in terms of the evolution of our human psyche is a sensible step in the evolution of our species’ self-awareness. It is also revealing in simple terms of generational growth, how the process of succeeding into the adult world often brings a broom to the parents' style of life.
Saturn is said to be a Lord of Karma and the irony is that what it did to Uranus, the preceding generation of reality in the evolving mythic-based psyche, was prophesied to Kronos/Saturn to be the fate it would also meet. And it did. In myth the sons of Kronos/Saturn dethroned him, succeeded by his son Zeus/Jupiter. The added irony is that while Uranus is considered a bit of a wild card and a rebel, in fact Saturn turned the tables on Uranus and dethroned him; Saturn was the rebel. It is a useful reminder that bringing order and structure into chaos can also be rebellious. It is possible to have such an excess of ordered structure that vitality grinds to a halt, just as it is possible to have not enough.

Regarding this tense aspect happening now between Uranus and Saturn, this combination with Uranus in the earthy fixed domain of Taurus holds the power of Uranus in check until the pressure is greater than the structural restraints can contain. In the moment of their release the eruption may be alarming. The square of these two planets doesn’t imply anything is right or wrong, it is an indication that the process has reached a pressure level where rational behavior is probably going to be tossed out the window and something dramatic is forcing change. With Uranus, the primal value is freedom of expression no matter the context or how offensive. With Saturn the value is efficiency in operation. Saturn respects hard work, taking responsibility, engineering towards a goal. Uranus objects to being dominated and contained by the limitations of others. Neither of these two are terribly interested in ethics except that they support their agenda.

The process of the new wave pushing out the old has many well-known metaphors. Carl Jung would have called the growing pains between parent and child a crucial component of a process he called Individuation. It’s the arrival in life to the time of being defined as an individual. In some instances, the process arrives before we are really ripe for it. Saturn can bring failure into this challenge, playing the role of a stern educator.

Within our Psyche Body, the Basic Blueprint Revolves and Evolves 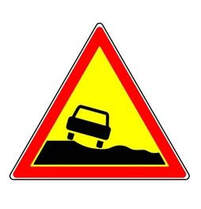 ​A soul prepared for evolution may navigate a Saturn square Uranus period intact as if passing over a bumpy road. Not fun but manageable, by accepting the limitations they must work within. Possibly these limits are even helpful. These two planets have spent the 2021 year building up pressure in a tense square relationship. This period extends into 2022. The reverberating waves will continue into the Fall season.
The daily motion of the inner planets, Mars, Venus and Mercury, will continue to provoke further expression of the Saturn Uranus family struggle. The inner planets will bring more conventional knots to undo and solutions to implement. Beginning around Christmas 2021 these two planets take center stage in our conscious lives with real manifestations. The time has come for the pressures to be released, expressed. Uranus is in an earth sign, so it would be in character for there to be significant earth movements. Explosive. Redefining boundaries. The crossing of borders, changing them. By the first week of 2022 Saturn moves on and away from the square to Uranus. The world has changed. The impacts continue to reverberate.
On a global scale my expectation is that Covid-19 makes a temporary scary comeback. The back-and-forth tool of restrictions (Saturn) are both created and challenged for the months to come.

As we dwell within the most intense weeks of the Saturn Uranus push and pull, there is an expectation that tensions are going to break in a few places. The stock market has already had it's release of tensions and fallen quite a bit, in anticipation of the failed Biden legislation (which may not be over yet) plus shutting down or slowing down of the economy because of Omicron. The stock market has spread it's depression over this out over time and will probably ride it out successfully, coming out the other side in a couple months favorably as it did when Covid began.
Russia has issued an ultimatum to the US to agree not to allow Ukraine into NATO as well as prohibiting any other former Soviet satellite to enter NATO as far back as 1997. Russia wants a commitment right away, or else. Or else means invade Ukraine. The US won't capitulate to that threat, neither will the EU/NATO nations. They will ramp up economic pressure on Russia, (the western threat) which also will impact economies and stock indexes. Tensions will rise more until sometime in the next couple weeks when something happens one way or the other, Putin invades.  Putin has little backing in Russia to invade, he's thinking of Russia from his own post-Soviet historical perspective and doesn't care if his country backs him.
The southern end of the San Andreas fault which dovetails into the Gulf of California off the coast of Baja has had a week of swarming quakes, and then the other day another swarm at the northern end of the San Andreas just off shore Eureka, capped so far with a substantial 6.2. The question now is whether the San Andreas on land also moves in between these two points where pressures are trying to be expressed.  I think there will be a large quake in southern California, but the San Andreas is a long fault and connected to other faults.  Southern California is overdue for a large quake some 350 years or so.
Any of these kinds of things are likely now and won't be cleaned up until Saturn and Uranus finally move apart in the Fall of 2022. I think at the same time we'll see Covid reduced to a regular seasonal flu by the Fall.