Astrological Houses –
Getting a Tighter Focus on a Very Big Thing

The year 2020 began with an unusually clear astrological demarcation from the year before; a rare convenience where major astrological transits paid attention to the beginning and end of a calendar year. Major events presented themselves in the first month of last year, and wound down by December.

It was the stage for the grand drama of Pluto in late Capricorn. In January of last year Pluto transiting in the last ten degrees of Capricorn was met by Jupiter, Saturn, Mars, and the quicker luminaries Mercury, Venus the Moon and Sun... all stacked up around Pluto in late Capricorn to begin 2020. Pluto had been building pressure in Capricorn for a few years; Jupiter and Saturn had joined Pluto in Capricorn a year or two earlier, leading up to their January rendezvous of 2020. By December of 2020 this union had its last hurrah. Then, with barely a cosmic deep breath to pause, Jupiter and Saturn together left this union and moved together into Aquarius, setting up a different combo in January of 2021, dominating this year.
2021 starts out with a major impact.
For 2021, while Pluto continues its work in Capricorn without the others for another few years, the next assemblage of outer planets commences a dynamic new relationship from Aquarius to Taurus. Jupiter/Saturn entered Aquarius and immediately moved into a tense relationship with Uranus in Taurus, joined in January by an antagonistic Mars. This new planetary chemistry makes a major impact to start the year out, which will be stimulated again throughout the year.

While people will immediately refer to the importance of these events in Aquarius and Taurus, and to planets in their natal charts, it is much more useful to examine in a natal chart which Houses these planets inhabit.
Each of the Houses defines a key aspect of life.  When planets visit a House by transit, they “light up” that aspect and focus.
These gigantic aspects make major impacts on many people’s lives. These large impact outer planets tell us that deeper psychological patterns and impressions are reverberating in our being. They are evolutionary opportunities, more turning points than passing influences. Saturn and Jupiter in Aquarius take on a different emphasis than they did in Capricorn, much more so if planets change Houses in a natal chart than if they change signs. They may be in the same House, but different signs. When we know which of the 12 Houses that the planets Saturn, Jupiter and Uranus are moving through, we then see more specifically in which area of our personal lives these dramas are unfolding.
Individuals seek to gain insights into their astrological/psycho-spiritual nature by reading current transits in their natal chart. Just as individual people have a natal chart, so too can cities, towns, and countries. Or organizations, like the UN or NATO. The birth times for people or places are not always available. Astrologers can often resolve this lack of clarity in order to determine House positions.
Sun signs give you the package, what you need is the contents.
When we know the House positions for these major planetary events we can talk about more specific areas of our lives where the impact is, what the theme may be, and prepare ourselves to take better advantage of the astrological event.

Planets' positions in a natal chart resonate through our lives when stimulated by the passing relationships formed by all planets and asteroids, the Sun and Moon. The stimulation is similar to what happens when an acupuncture doctor/healer uses needles to raise the quality of energy or Qi in our physical body, our subtle body, or in this case, our solar system body. The outer planets' longer transits are more profound because of the length of their duration, owing to the density of our consciousness and the need to experience something deeper over a longer period of time. Impacts built into our psyche by past experiences, inherited tendencies or even past lives are provoked by the transits of the outer planets. We need to know in which area/House of our lives/charts they are seeking expression; knowing the sign is a reference to the style, less about the substance.

In order to get the most out of astrological consultations, we need a natal chart to know the House placements. From that vantage point we get a tighter focus on a very big thing.

There are a number of places online to get a proper natal chart done, for free. This is essential to knowing your chart intimately.
Scroll down for recommendations of reliable sources online.
2021 Through the Houses
The biggest thing in 2021 astrologically is the duo of Jupiter and Saturn in Aquarius making a 90 degree tense relationship square to where Uranus and Mars currently transit in early Taurus. 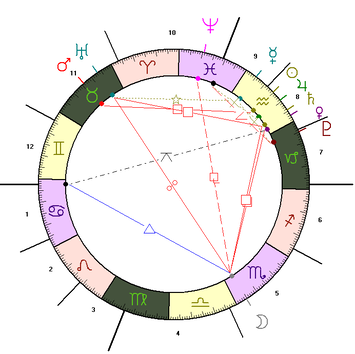 This has already occurred. The psychological turmoil that erupted after the assault on the US Capital Building is in keeping with Uranian rebellion combined with Martian capacity to be violent. It could have been much worse. The event took place on one day, but years produced it. The ramifications are ongoing. This is an example of major planet cycles spanning years. It’s a result of long standing conditions within individual and collective psyches, from past experiences, and sometimes past lives.

In early July of this year Mars will have moved to a degree in Leo that is opposite where Saturn will be in Aquarius, and at a 90 degree angle to where Uranus will be in Taurus. This will provoke more of the themes we have already seen, a continuation or next step in that narrative. Within days of Mars igniting something, Venus will arrive in the exact same place, repeating the relationships between planets, but with a Venus accent, not that of Mars. Most likely the Venus way will be inadequate. Venus is not robust enough to manage the energies of Uranus or Saturn without being overwhelmed by them. It could establish how bad everyone feels about it. Mercury then comes along and repeats the exact same series of relationships to Uranus and Saturn. Mercury helps us get a mental handle on it, but Mercury is also overwhelmed by the old gods Uranus and Saturn. It also points out the need for discussion and a plan. This period and its series of aspects from Mars, Venus and Mercury doesn’t resolve anything.

It will plainly reveal the long standing problem.   The events that unfolded early in January thus continue to resonate through the year.  How the themes of early January impacted individual lives in January, and continue to develop.

What the planetary transits have done is manifest them in the mundane world where we can all see them. They are psychological realities with deep tendrils in our lives. The astrology prepares us to deal constructively and not to just react; to accept broad and deep realities that must be dealt with for evolution to unfold. In our personal lives and personal relationships, in our jobs, and in our psychological and physical health, knowing our House position for these planets will help identify where we need to look for work to be done.

Meanwhile in the US national chart, Pluto continues the reformation of values it’s been working on for a few years. In the US natal chart this is along an 8th House 2nd House axis and opposite the US natal Mercury. It is part of the Pluto return to where it was when the US was “born”. These house positions tell us that issues around values, economic, financial and karmic debts owed are treated in the way Pluto works, which is to break things down in order to rebuild them. While everyone knows Covid is an agent of nature, Pluto uses Covid to force people and the nation, to reexamine its material values and how it’s served false beliefs in pursuit of economic gains in the past.

Because it is a Pluto return, historic old American memories from the national psyche are evoked: 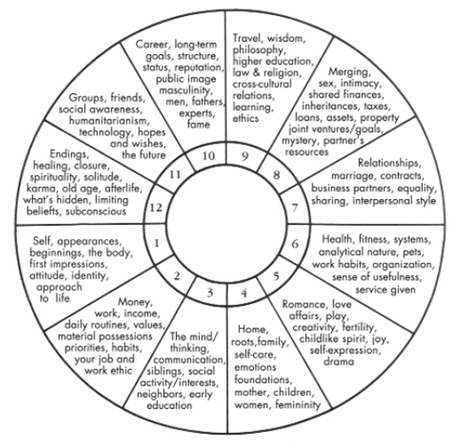 Overview of the 12 houses – which area of your life is being “lit up” by transits?
Once you have your natal chart with its House divisions, check a reputable astrological resource for how Saturn/Jupiter work in whatever House in your natal chart they are moving now. This will describe most of this year in the area of your life that corresponds to the Houses these two planets are in.

Next; look for any major aspects or relations to natal planets involving Jupiter/Saturn. What houses are they in? This tells you more specifically about areas of your life in your natal chart where the involvement of Jupiter/Saturn are engaged.

Determine what House Uranus is transiting in your chart and all aspects to natal planets.

Do the same for Pluto and Neptune.
​
I can safely recommend that a reliable chart is offered at: www.astro.com
For beginners or anyone wanting a source for quick introductory reference on the meaning of planets and houses, also see: Introductory overview of the Houses https://www.astro.com/astrology/in_house2_e.htm