The US and the Return According to Pluto

Things we really should work on are in Pluto’s basement.
By David A. Wheatley 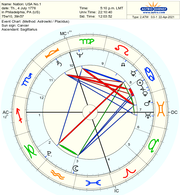 The United States has an astrological chart, as every country, city and place do. Every organization whether local, national or international has a chart because they have a day they were born. There’s often some uncertainty about the exact time of birth, especially for places that were born centuries ago. In many cases Astrologers are comfortable using a Solar Chart without a birth time and without House divisions. Over time, some location charts have been verified by a historical review of events that conform to astrological conditions that verify where an Ascendant or Midheaven likely is, and therefore where the House divisions are.

The US chart is in the midst of a Pluto Return. Most people familiar with Astrology know what a Saturn Return is: when Saturn returns to where it was when you were born. That is a major life cycle; in a normal human lifetime we experience a few Saturn returns. We never experience a Pluto return. It takes Pluto more than two centuries to go a full cycle of the zodiac however for a nation like the US, a Pluto return is possible and indeed we are in it now. 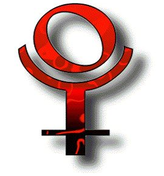 Five or more years ago, Pluto entered the orb of influence of the Return as it closed in on the place it was located in the heavens when the US was “born”, on Independence Day, July 4th 1776. It reached a pinnacle of exact Return in early 2020. It remains in this neighborhood, stimulating the essential themes of the Return According To Pluto, for another few years.

For the US as a collective, the chart shows while Pluto is in this position of reigniting themes from its birth position, it is also in aspect with the US natal Mercury in the coming few years, by opposition, a powerful polarity or polarizing of an axis that is permanent in the natal chart and continues to be relevant in our national evolution.

Mercury is the first planet from the Sun whereas in our conscious knowledge of the Solar System, Pluto is the last. Both planets are small physically but have reputations of importance that far exceed their size.

Pluto in myth is the underworld, Hell for some, and in a psychological association Pluto is the unconscious. It is that body of material collected from all experiences, usually the material that is not celebrated because there is some dirty shame around it, whether deservedly or not. What we don’t like to acknowledge we stuff there. Painful emotional impacts and memories are kept there. Things we really should work on, the target of much psychotherapy, are in Pluto’s basement. 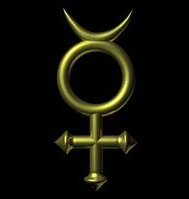 Mercury is the fleet of foot planet that zooms around the Sun in 88 days. Compare that to Pluto, which takes 250 years, give or take for retrograde motion. Mercury seems, like Pluto, to be barren rock on the physical plane but in myth and in Astrology it is associated with the speed of thought, conscious thinking. Mercury, Messenger of the gods. Nothing is stored in consciousness; it relies on a repository, a memory, to save things and from which it recalls them. Mercury makes a connection between all the other planets to make associations and connection in lines of thought, but it doesn’t keep anything. Consciousness is too shallow to hold very much.

In the US at this time there are Pluto/Mercury themes playing out.  These themes resonate with the history of the country and the state of national consciousness through its entire history, most especially any themes stimulated by Pluto and Mercury in the natal US chart. Their position in the national chart is an opposition, which means evolution comes from confrontations. A struggle. Very good ideals/values may be developed, but the process is tense. Throughout the last 250 years whenever Pluto was either opposite or at a 90 degree square to its own natal position, national struggles erupted that challenged the nation to examine its values. People in the US like to think that they resolve them, but if this were true there would be no evolutionary need to have struggles such as racial equality keep surfacing. And they always will keep surfacing until either they are dealt with and truly resolved, or the chart itself no longer exists because the country does not.
Countries throughout history sometimes radically change their system of government.  And/or borders move or disappear. The country may have the same or a similar name, but it is a new identity and therefore it has a new birth, and new chart.

I will return to this theme in the near future.