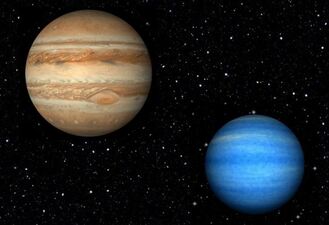 Many of us interested in Astrology are looking in this month of March 2022 at the impending conjunction of Jupiter and Neptune which technically arrives in April. Actually, they began to interact and develop the chemistry of their conjunction as soon as Jupiter entered Pisces, where Neptune has been for several years.
The winding paths of Neptune in Pisces are obvious to some of us and oblivious to others.  Pisces is the realm of the psyche, in a more concentrated way than all the other signs. Or as some say, Pisces is the summation of all the other signs, the realm of the psyche.  Neptune is swimming in its natural environment when in Pisces.
​The power of the psyche cannot be underestimated; it animates everything, although we live within it without acknowledging its pervasive influence just as we seldom recognize the importance of Neptune in most of our lives.  More specifically, as Jupiter moves closer to meeting Neptune, they both interact with the wider body of the solar system (of the planetary psyche) and stages of what they are bringing into reality fold over like scenes in a movie blended into an experience over time.
Our vision doesn’t distinguish the many parts, we only see the scene of the movie we are in. In March the growing potency of Jupiter/Neptune is brought into our conscious thoughts and actions by the arrival of the Sun and then Mercury as they approach, then meet up with, and then pass Jupiter/Neptune. When they do this during the last two weeks of March we enter concrete discussions, attempting to move the feelings (that Jupiter and Neptune are inspiring in us) from idea to reality. This process moves along layer by layer in individual steps that with a Piscean influence may not be clear on the day, but over time we see adding up to something. 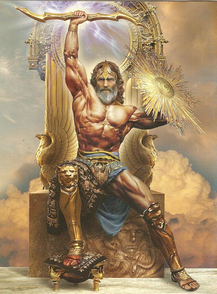 ​Saturn in Aquarius is in a semi-sextile to the focus of planets in Pisces. Saturn feels like a pain in the ass because it slows us down. It insists on getting the nuts and bolts right. Saturn says, ‘Hold a minute, read the fine print’. On the other hand, Jupiter and Neptune say, ‘Never mind the obstacles, we can by our higher intentions overcome what seems intractable’. Thus, together they create a seeming confusing scenario that requires people act on faith to overcome obstacles.
To overcome practical obstacles when lacking specific tools to do it, we need to be inspired. Circumstances and necessity will inspire some; good leaders will inspire others.  Remarkable things can happen in such a circumstance. Neptune alone in Pisces couldn’t do it, but with its mythical brother Zeus or Jupiter amplifying Neptune in Pisces, it becomes conceivable that we can bring something high-minded into our lives, something that critical skeptics like Saturn say can’t happen.
We will see this in the second half of March, and we will see the back-and-forth struggle between what seems possible and impossible. This is a surreal time. Just as we could only imagine the world of Jupiter/Neptune in Pisces developing as it has, in a very short period of time - only a couple months from now - we will move on from it.  It will take a long time to fully appreciate how surreal it was/is; a departure from the tangents we thought we were on as recently as the beginning of this year.
​As the month of March reaches the last few days, we are moving along in a plot-line designed in our expectations by self-programming to reach a happy conclusion in a neat and tidy result. We will never have such an ending, that’s for fairy tales, but we will have layer upon layer of profound changes altering our world and our consciousness. We will arrive at April expecting that our realities meet our dreams.
In the third week of March, Mercury moves by transit into the center spot between Jupiter and Neptune and we are all very aware and in dialogue about how to get an opportunity manifested and written in stone. It seems practically possible when Mercury arrives before, through and after meeting up with Jupiter/Neptune. However this is one more prologue, not the conclusion. It does provide another chapter of dialogue, but it doesn’t provide the conclusion. When Mercury moves into Ares in early April it will be more focused on boiling things down and being clear, making final agreements and writing them down.  Handing someone the pen, waiting for signatures. In April, Mercury will be in a hurry.
​In late March we are deeply moved by what Jupiter/Neptune are stirring in our highest-minded way. But there’s Saturn always insisting on being pragmatic. Uranus, which always has a finger on the switch of our nervous system, is provoked by a swift tense aspect from the approaching New Moon on April 1st.  We have expectations; we want to believe. On March 30th the Moon is centered between Jupiter and Neptune and our hopes and dreams are peaked. The Moon’s involvement now sends us back into our foundational roots. We see people wrapping themselves in the blanket of their traditional cultural patterns and expectations. We cannot escape the feeling (because of the action in Pisces) that while great things are possible, we could wake up one morning and find this didn’t happen.  How did we get here?
Hopes and dreams can transport us.  Inspiration can carry us across a threshold that we didn’t expect to reach. In this moment we admit to and discuss our dreams as something that we should make a priority. There’s a high-minded reach with Jupiter and Neptune as we get through March into April when they finally conjunct.

Ukraine
​Jupiter meeting up with Neptune in Pisces last occurred in 1856. Curiously in that year there was a major war in Europe, the Crimean War. Russian forces fought an alliance of Europeans (British and French primarily) and Turks (Ottoman Empire) over religious issues in Palestine and for control over the Black Sea region based in Crimea.  Vladimir Putin reads Russian history and interprets it as it suits him. As do most people. He wants us all to know his dreams.

This is a great example of how planets in aspect create events that reverberate over time, over centuries. While we read about an aspect or transit taking place, how it comes and goes, we need to remember that these larger events are connected to the spider web of our existence and time is the medium that they move through, like ripples on a pond. They move in and out and in and out of our lives as our lives move in and out of existence. We catch the waves maybe more than once.
Jupiter finally meets up exactly with Neptune over the first two weeks of April. From the time Jupiter entered Pisces and until it leaves is an episode that we won’t forget but also won’t fully understand until it has moved on. Pisces and the 12th House in Astrology share associations in the attempt to apply planetary movements to our daily lives. One of the traditional associations is hidden enemies which at this time is probably a huge factor in the ongoing war between Putin (not Russia) and Ukraine.  Factors and people we aren’t aware of, or hidden enemies, can play a huge role in pivotal moments like this over the coming month. Hidden enemies include our delusions, hidden until we realize them.
The realities in times of rare profundity from Neptune amplified by Jupiter are hard to see clearly. Putin has his reasons for his war that is embroiling the world but events have not unfolded as he planned. He is a spy, trained by the KGB. He is not a military leader. While he has the power to destroy cities and kill people, he has created enormous determination and anger that will fuel eternal resistance to his attempts at ruling Ukraine in part or whole. Every splash he makes will make waves that reverberate for generations. He will not be able to keep long term what territory he gains short term. His Jupiter/Neptune in Pisces dream is a delusion and it will fall away once the psyche has used it for a greater purpose. The psyche uses everything it needs to. This surge of Jupiter into Pisces fueled his long-held dreams but as I have commented before the dreams and illusions of Pisces can be nightmares and delusions. The problem in Pisces is, people are so convinced of their dream’s veracity that they attempt to spread the gospel. Many people are seeing their dreams meet the reality of not living in a bubble; other people have other dreams. Dreams are colliding. We’ve seen extraordinary shifts in the world in less than a month with consequences far beyond conscious intent, many of them good. We’ve seen an incredible display of human values over business values, though clearly they are intertwined.
NATO is resurrected from the garbage heap that the last US president placed it on. While NATO is not obliged to defend Ukraine, avoiding a broader war is indirectly doing so. NATO is restricted to its member states. But there are other states very concerned about the violence in Ukraine, in and around Europe. Sweden, Finland and Austria are not NATO members. In 1856, Austria was more of a European power and played a role in the Crimean war.

All of these nations and the rest of the world are entitled to be concerned in the event of a nuclear power plant problem occurring in Ukraine. Outside of the restrictions of NATO, any nation might be tempted to interfere in order to repair a crisis at a Ukrainian nuclear plant. Russia has had so many technical and military command mishaps in this war of theirs that all other nations could easily be moved to take initiatives to repair or recover from a nuclear plant crisis, not trusting Russia to manage it.
How likely is a nuclear plant crisis now?  Without consulting Astrology, the facts are we could have had one already or one could be under way and we do not know about it.  Consulting Astrology, interaction between Neptune and Pluto are believed to be most relevant to nuclear power. Neptune is moving now and in the next year into a sextile with Pluto.  This is generally favorable.  If there is a nuclear problem now in Ukraine, I would not expect it to be Earth-shatteringly bad, but it may be sufficient for other nations in the world to justifiably interfere and break up the fight as it were, in order to clean up the nuclear mess. While this idea is a nightmare scenario to some, it also could be a bridge to a shared act of humanity like the world hasn’t seen in decades.
David A. Wheatley,  March 2022